Before getting into this extremely important article, I will tell you a story. It’s about the crowd psychology of the Bull and Bear forest.

Once upon a time!

In a certain forest, 3 bulls were looking for food. They accidentally got lost in a forest and saw a lot of young grass.

Naturally, 3 bulls ran into the pasture to enjoy. Suddenly, 5 bears appeared to attack and chase bulls. 3 weak bulls run away!!!!!

Bulls were not gentle. They couldn’t ignore such delicious food so they called their friends. 3 bulls call a whole herd of more than a dozen bulls back into the forest to chase away the bears. Besides, the bulls spread the news, calling all the other healthy bulls near and far to attack together.

The deeper into the forest, the more grass. But the bears are crowded and extremely aggressive. The war at this time was extremely fierce. No one gave up on either side, just like that.

At this time, almost all the bulls in the forest participated in the war. To strengthen their position, the bulls called many other animals that did not have the fighting power to come in such as deer, chicken, pig, dog… There are even mice.

The other animals didn’t know the truth. They just heard from bulls that there was a lot of food so they followed. All of them tried to spread the word to get more support to fight the bears.

They outnumbered the bears and won the fight. BUT NOW, the first 3 bulls and their herd that had participated in the initial fight were full. They silently left, leaving behind chickens, pigs, deer, etc. in the forest.

What is the outcome? The bulls were full and retreated to their home to rest and recuperate. What about the bears? They freely tore the chickens and pigs… And just like that, when the bears were full, they were not interested in war with the bulls. Thus, they retreated to the forest. At this point, the herd of bulls has recovered and begins a new feeding cycle.

The story of the deep forest repeats itself. Bears and bulls have their turn getting full, while pigs, chickens, deer, dogs… get butchered.

Imagine the market that you and I are trading is the forest above. Then, who are you and I? A bear and a bull? Or a pig and a chicken?

Crowd psychology is the law of the market

(1) The first is the foraging process of the bulls. The gold price during this period went sideways.

(2) Suddenly, the bulls found the pasture near a forest and rushed to eat grass. The gold price increased sharply, from $670 to more than $1000.

(4) Now, the Bull called more friends and spread the news about food to other animals. All of them fiercely rushed into the forest to save the grass and fight the bears. The price of gold increased sharply, from $725 at the end of 2008 to $1900 at the end of 2011.

(5) The bulls were full and silently left the forest. The price started to distribute the top and moved sideways in the range of $1550 to $1800.

(6) When the Bear knew for sure that the Bull had retreated. A general attack broke out. All the pigs, chickens, deer, etc. became delicious prey for the bears. The gold price fell sharply from $1770 to $1200.

After a while butchering the pigs and chickens, the bears were full. They retreated into the forest. The forest was now in equilibrium again.

Let me show you the full picture of the market during this period.

How to take advantage of Crowd Psychology

This is the most quintessential saying about crowd psychology. Most of the participants in the market (Coin, Gold, Forex, Stocks…) are chickens, pigs, deer… They are animals with no fighting power in the market. When they appear, that’s the moment you should quietly leave.

On the contrary, the chickens and pigs after a period of being slaughtered by the bears began to fear. That is when the bears are full and the bulls will sooner or later return to the process of feeding. This is when you enter the market.

That is the rule. It has existed for thousands of years in any market.

(iii) Now, the press, media reported about BTC. The whole world started talking about BTC. Non-combatant animals (dogs, pigs, chickens…) started appearing and entering the market. They said BTC would increase to 100,000$ and be the common currency of the future…. Those who call themselves investors have been pouring money into buying Bitcoin continuously.

(iv) In the end, when everyone traded and talked about BTC, its price went from $17,000 to $6,000. Most of the money of retail investors is the reward for the Bears.

Once again, the Law of Market Psychology is applied. Delicious food is never for the masses. So, when you see the crowd starting to get greedy and rush into the market, leave quietly.

At the end of each wave, when the bulls leave, positive news will appear. A series of good indicators, good articles will be published to stimulate the crowd psychology to participate in the market.

Remember that when non-combatant animals enter the market, that is the most dangerous time. If you don’t leave quickly, the bears will tear you apart.

Many thanks to Zet UG – who gives me such good examples. 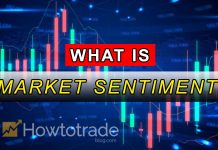 Learn How To Analyze Market Sentiment In Forex Trading 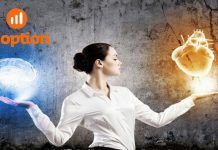 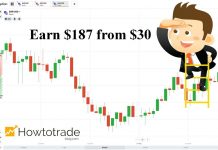