Most of the knowledge for trading and making money in Olymp Trade in this series follow 1 strategy: Trend + Signal (Trends combine with signals). But what we have shared is about Uptrend and Downtrend. And in this post, I will write about the sideways market: Why shouldn’t we trade in Olymp Trade when the market goes sideways? So what are we going to do?

Contents hide
1 Video on the 10th withdrawal in Olymp Trade
2 Sideway definitions
2.1 Sideway is not trending
2.2 Why does the market go sideways?
2.3 Signals of a sideways market
3 Why shouldn’t we trade in Olymp Trade when the market goes sideways?
3.1 Trade Fixed Time based on Support/Resistance
3.2 Should I trade Forex in the Sideway?
4 How to trade in Olymp Trade when the market is sideways
4.1 Strategy 1: Wait for the signal and do nothing
4.2 Strategy 2: Trade Forex in a sideway with a wide amplitude
5 The last line

Video on the 10th withdrawal in Olymp Trade

You can multiply the investment by 4 times with 1 Forex order. This is the most powerful advantage when you correctly identify the UP trend of the market.

Sideway is not trending

Sideway is the term used to refer to a sideways market. In other words, when there is no clear trend in the market, it is called sideways.

Why does the market go sideways?

Answers: Very simply, after an UP or DOWN trend, the market needs a break to recover. This deems to be the resting period of the market. At this time, the price will move sideways within certain amplitude.

Signals of a sideways market

When the market is not in a downtrend or an uptrend, it goes sideways. There are some signs of a sideways market including:

(i) The price creates peaks and troughs equal to the previous ones.

(ii) The price creates the following troughs higher than the previous troughs but the following peaks equal to the previous peaks. This is not an uptrend. It just makes us feel like the market is bullish. But indeed, it’s going sideways.

(ii) The price creates the following peaks lower than the previous peaks but the following troughs equal to the previous troughs. Perhaps, you will mistake this for a downtrend. But no, this is also considered an unclear (sideways) trend.

Why shouldn’t we trade in Olymp Trade when the market goes sideways?

Trade Fixed Time based on Support/Resistance

There is a lot of knowledge on how to trade Fixed Time with Support and Resistance as follows: When the price hits the support, open UP orders. On the contrary, when the price touches the resistance, open DOWN orders.

And if you are taught to trade in Olymp Trade as above, sooner or later, you will lose all your money.

Let me repeat the only way to make money in Olymp Trade: Only open orders with high winning probability which you are willing to trade with your own money. Going against this principle, you will lose money.

Should I trade Forex in the Sideway?

Answers: Sideway is a sideways trend within a certain amplitude, limited by the support and resistance. This amplitude is usually not enough for you to open a profitable Forex order. Or rather, it is not worth the money we pay for.

So the question here is: What should we do in Olymp Trade when the market is sideways?

How to trade in Olymp Trade when the market is sideways

Strategy 1: Wait for the signal and do nothing

If you are unsure whether the price is going to enter an uptrend or a downtrend, don’t do anything. This is the best way to not lose money in Olymp Trade. Rushing into risky trades is no different from gambling. It goes against the principles of a trader. And if you are lucky enough to make money, in the future, you will definitely pay Olymp Trade many times more.

When there is no clear trend (sideway), sit and watch. Because the sideways market gives you so many opportunities after it. All we need is a break-out.

And when price breaks out to enter a trend, we will take action. I have shared in great detail in this series with the 2 following articles:

Strategy 2: Trade Forex in a sideway with a wide amplitude

What is a sideway with a wide amplitude? Simply put, the price goes sideways within a large range which is enough for you to make money in Forex. If the price is only moving sideways in a narrow range, you will not be able to make money.

How can I determine the width of a sideway? Answers: Use a Japanese candlestick chart with the time frames of 1 hour, 4 hours, or even 1 day. You will now see that the price goes sideways within a wide enough range.

Why should we only trade Forex in Olymp Trade? Because Forex offers a stop-loss if you guess it wrong.

I don’t recommend trading in a sideways market, because for me it’s too risky. This is the time when the market is back to balance. It prepares for a new period of uptrend or downtrend. That is the real opportunity for you to make money.

Remember: Never lose money. And in trading, we have to protect money at all costs. Sideway means no trend, so nothing is certain. Therefore, we should not risk trading orders with a low probability of winning.

So the 10th article has been over. I hope you understand why I advise you not to trade in Olymp Trade when the market has no trend. We are halfway through the 20-article series making money from Olymp Trade. I will list out the old article links below for you to review. 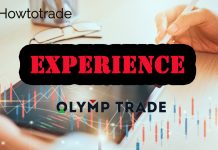 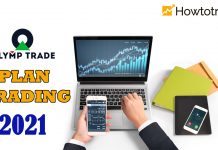 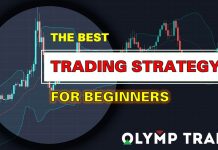 What Are Support And Resistance? How To Trade Forex Effectively