It is one of the strong reversal signals for market top fishing transactions. Although the Three Black Crows candlestick pattern rarely appears, it offers an almost absolute price reversal rate in Forex. Today’s posts of How to trade will introduce you to this special candlestick pattern and how to use it in Forex trading in an optimal way.

What is a Three Black Crows candlestick pattern?

Three Black Crows (TBC) candlestick pattern is a warning signal about the upcoming downtrend in Forex. It usually appears after an uptrend and consists of three red bearish candles in a row.

Characteristics of the pattern

The pattern consists of 3 candlesticks.

+ Second candlestick: is also a red bearish candlestick. It has an opening price laid within the first candlestick, with a short or without a shadow.

The price always creates the Three Black Crows pattern at peaks in Forex. It alerts traders that a downtrend is about to take place.

Or sometimes the market is moving sideways. Suddenly, the pattern appears, indicating that the price will collapse, forming a downtrend.

In addition to the standard TBC pattern, there are also variants with different shapes on the price chart in Forex. In terms of meaning, they all bring bearish signals to investors.

How to trade Forex effectively with the Three Black Crows pattern

+ Stop-Loss: At the highest price level before the price turns down and creates the pattern.

+ Take-Profit: When the price touches old support levels that have been formed in the past. 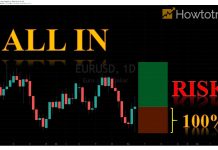 How To Trade Forex With All-in Strategy And Unlimited Leverage 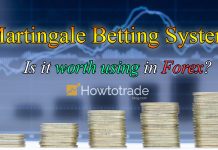 Martingale Betting System In Forex Trading – Is It Good Or Bad? 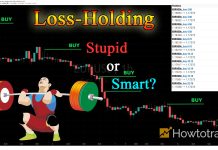 How To Maximize Profits With Profit-Holding Money Management In Forex 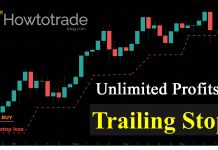 What Is Trailing Stop? How To Use It To Make More Profits In Forex 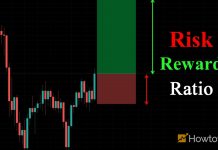 How To Use Risk/Reward Ratio Effectively In Forex Trading